During Dimension 20's pre-recorded campaigns, battle scenes often take place on battle sets with minis of both player characters and enemy NPCs. Most of the miniatures are sourced from Heroforge and ReaperMini, hand painted, and sometimes altered by the crew as needed. More behind the scene work can be seen on Production Designer & Creative Producer Rick Perry's Digital Portfolio.

For the first season of Fantasy High, minis were ordered from places all round the world including Poland, Singapore, the UK, and Germany. More original pieces were also ordered in from various 3D printing companies. The battle sets are usually made using many different kit parts that are customized and painted to fit the space and setting. 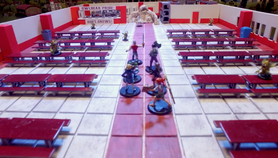 The Aguefort cafeteria battle set, seen in Episode 2: Clash of the Corn Cuties 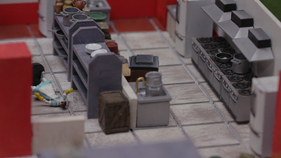 The kitchen area of the Aguefort cafeteria, seen in Episode 2: Clash of the Corn Cuties 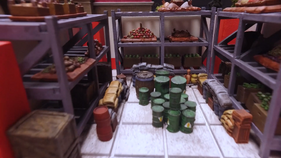 The pantry of the Aguefort cafeteria, seen in Episode 2: Clash of the Corn Cuties 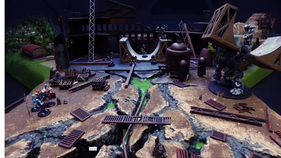 The Durinson Mithral Factory battle set, seen in Episode 8: Havoc on the Half-Pipe 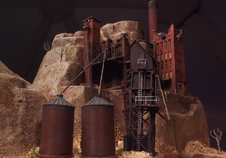 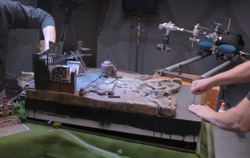 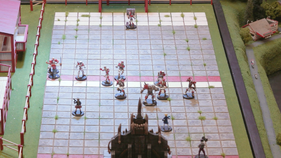 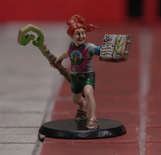 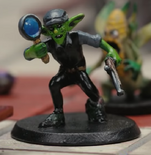 Lunch Lady Doreen from Episode 2: Clash of the Corn Cuties 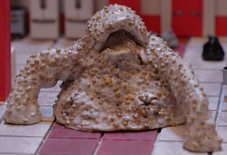 The Corn Ooze from Episode 2: Clash of the Corn Cuties 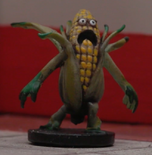 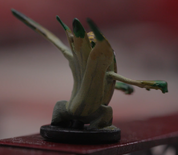 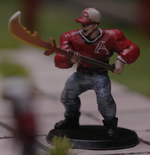 Coach Daybreak from Episode 10: Battle of the Bloodrush Brethren 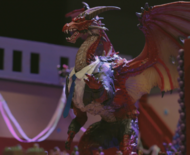 Kalvaxus, returned to his full dragon form, from Episode 16: Prompocalypse

After episodes have aired, Rick Perry enjoys sharing photos of set pieces and minis that he took during the building process. These pictures and more can be seen on Rick's twitter.

The Fantasy High PC minis, before they were painted

Construction of the Durinson Mithral Factory set from Episode 8: Havoc on the Half-Pipe. 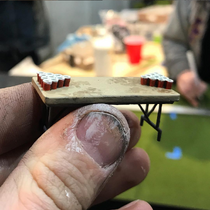 A beer pong table from the party at Ostentatia Wallace's house during Episode 12: The Sisterly Showdown 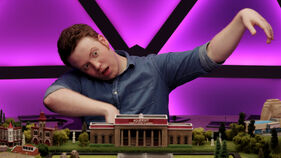 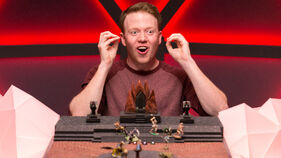 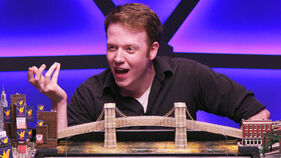 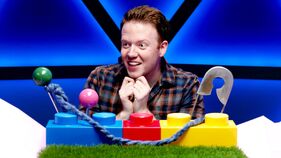 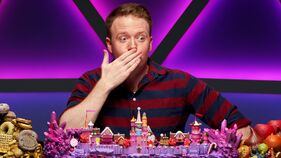 A Crown of Candy 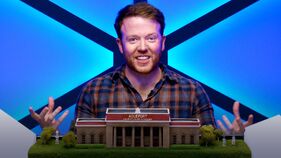 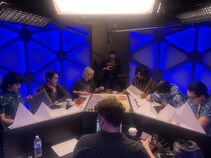 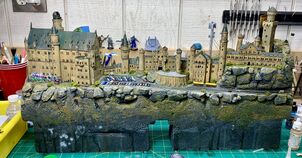 Misfits and Magic
Community content is available under CC-BY-SA unless otherwise noted.
Advertisement